Aftereffects of LGBT
and Non-gay NDEs

NDE Insights
About the Pandemic

Dr. Liz Dale’s Study of the Aftereffects of LGBT and Non-Gay NDEs

Liz Dale, Ph.D. is a clinical psychologist whose expertise is NDE research within the LGBT community. Her previous book from her first groundbreaking study is entitled, “Crossing Over and Coming Home: Twenty-One Authors Discuss the Gay Near-Death Experience as Spiritual Transformation.” Dr. Dale invited NDErs within the LGBT and non-Gay communities to participate in an online survey regarding their experience and its aftereffects. The online survey is a product of the teamwork between Dr. Dale and Kevin Williams, the webmaster of www.near-death.com. The survey results will be incorporated into a new study and another groundbreaking book to be published by Balboa Press, a division of Hay House.

Insights from my recent NDE about the pandemic, those who have died, and those who are now grieving: An interview with Rabbi Stephen Robbins

In my NDE, I saw the tremendous anguish, sorrow, anger, and grief in the people who died from the pandemic, many of those dying alone and in shock having to go before their time. Many of those who have had NDEs from the pandemic and have returned, feel confused and lost. Many are grieving the loss of their loved ones. There needs to be reconciliation—healing—with those who have caused this needless suffering and death—and all of the suffering then is carried down through the generations of human life in this world. With the help of their spiritual guides, those who caused the suffering and death will ultimately take responsibility for what they intentionally did to the victims of the pandemic. They cannot escape facing the consequences of their actions and, with reconciliation, even their souls can be healed, but it will take many generations before they can be healed from all the anguish they have caused. Those who were victimized in the pandemic will be able to be released from their victimhood. Above all, those who are grieving the death of their loved ones, those who have survived the pandemic, and their caregivers all need to know that there is No Death: our lost loved ones continue on in their spiritual living. 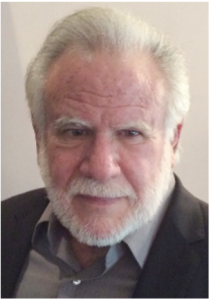 Rabbi Robbins has been serving as a rabbi since 1960. He has served in many different settings, including campus rabbi at the University of Cincinnati and the University of California at Berkeley. At University of Cincinnati, he was also adjunct faculty at the Institute for Human Relations of the Psychology Department. At UC Berkeley, he was a lecturer in psychology and human development. He was also the first rabbi to be on the faculty of the Jesuit School of Theology and Bible of the Graduate Theological Union. He served for sixteen years as the rabbi of Temple Emanuel in Beverly Hills.

Stephen Robbins is also a co-founding rabbi of Congregation N’vay Shalom in Los Angeles in 1993, along with his wife Rabbi Cantor Eva Robbins. In 2000, he co-founded the Academy for Jewish Religion California, the first transdenominational seminary which brings together rabbis, cantors, and scholars from all the denominations to teach women and men to be Jewish clergy and chaplains. It has been fully accredited for over ten years. Stephen is also a clinical psychologist with a specialty in the psycho-neuro-immunology of trauma, bringing together the spiritual, physical, and brain development in helping patients to respond to trauma.

Stephen has had a total of eight NDEs in his life, beginning with his birth in 1944, 1964, 1987, 1991, 2005, 2017, 2020, and 2021. His seventh NDE was May 2020—on his 76th birthday—not as a result of COVID but from a life-threatening condition. He was comatose with blood clots in his left lung and left leg, pneumonia, and massive organ failure. He miraculously survived and is with us today. In the seventh and eighth NDEs, he gained many deep insights and experiences about the pandemic: the needs of those who died to reconcile with those who caused their suffering; and the needs of those who are grieving to feel consolation from the knowledge that their loved ones continue on in their spiritual living, because there is No Death.

Rabbi Robbins can be contacted at: stephenmrobbins@gmail.com

Get The Latest Updates